Beware of malware: ransomware still a threat during a pandemic 2020

Beware of malware: ransomware still a threat during a pandemic 2020


2020 has been a difficult year for all of us, individuals and businesses alike. For businesses, in particular, it has been a year of challenges and changes. Many organisations have been forced to embrace smart work, while still facing IT threats. One of these threats is ransomware.


Data protection in 2020 and beyond

For all organisations, data is a very important asset, that needs to be protected. Data breaches, phishing, malware – all of these are still very real threats.

We have spoken about IT threats like ransomware before, but 2020 has put it into the limelight once again. With businesses turning to a smart working environment, new weaknesses have been exploited and new forms of ransomware have been developed.

You know threats are real and worrying when they become pieces of news on the mainstream media. 2020 has seen many instances of ransomware attacks being debated on and confirmed over various news outlets. Here are some of the most famous ones, all of which happened in the latter half of this year:

And the list can go on, with many high-profile organisations that have publicly admitted to having been victims of ransomware. We must however keep in mind that not all ransomware incidents are „famous”…

It is not just big organisations and the public sector that are suffering from IT threats. According to a 2019 survey carried out by the Ponemon Institute, roughly two-thirds of the world’s SMBs are now experiencing cyberattacks.

SMBs can be more vulnerable to these attacks, as they generally do not invest as much in data protection and cybersecurity. However, their data is just as important, and having it compromised can have devastating consequences on a business. Here are some relevant statistics: 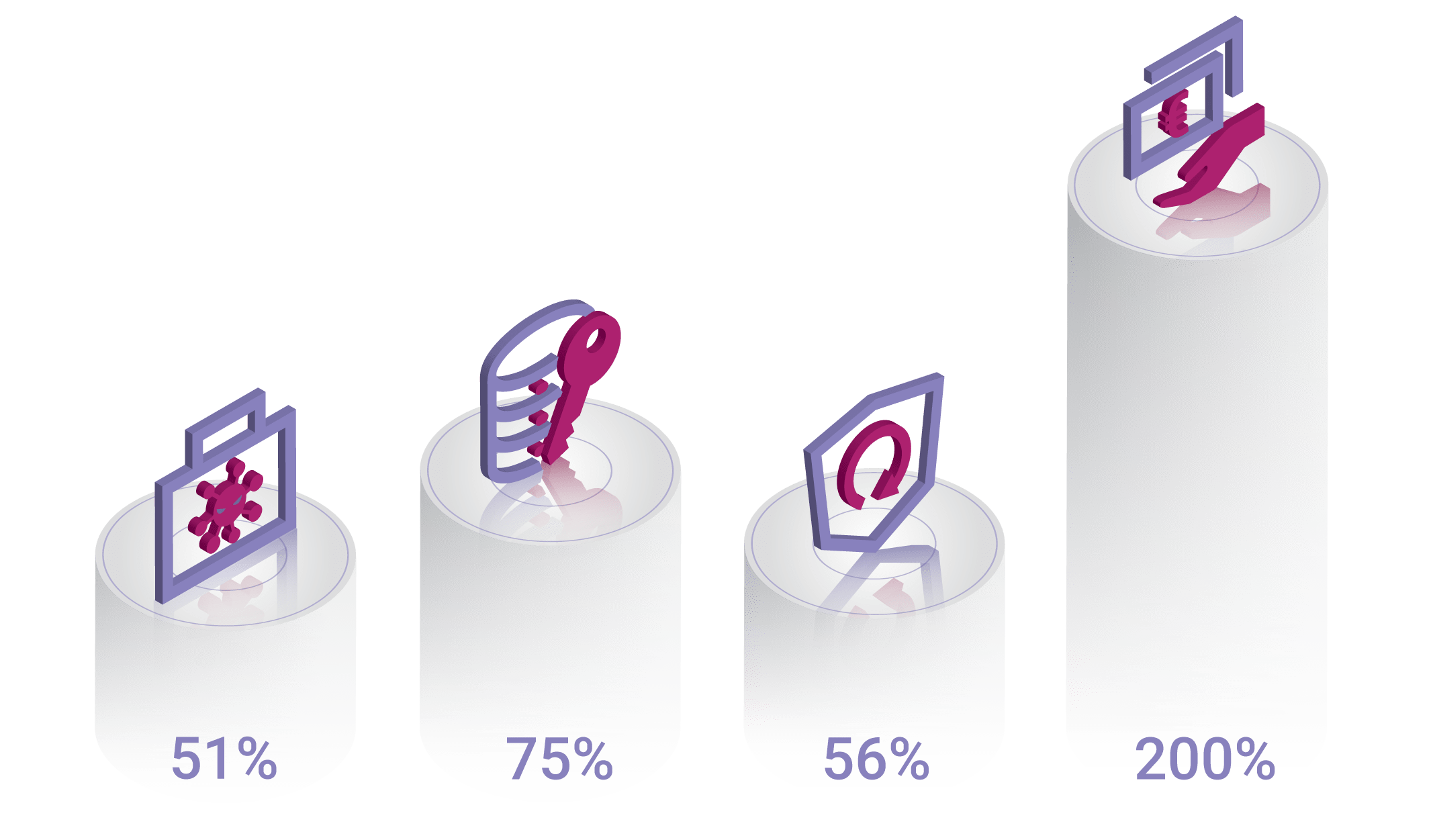 Easy backup and recovery with Syneto

At Syneto, we appreciate how important data is for all companies, big and small. Our products and services have been designed with data security in mind. Our Cybersecurity services help our customers identify potential weaknesses in their IT systems. At the same time, our products allow them to recover after a negative event, like a ransomware attack.