How to achieve complete data protection with invisible backups 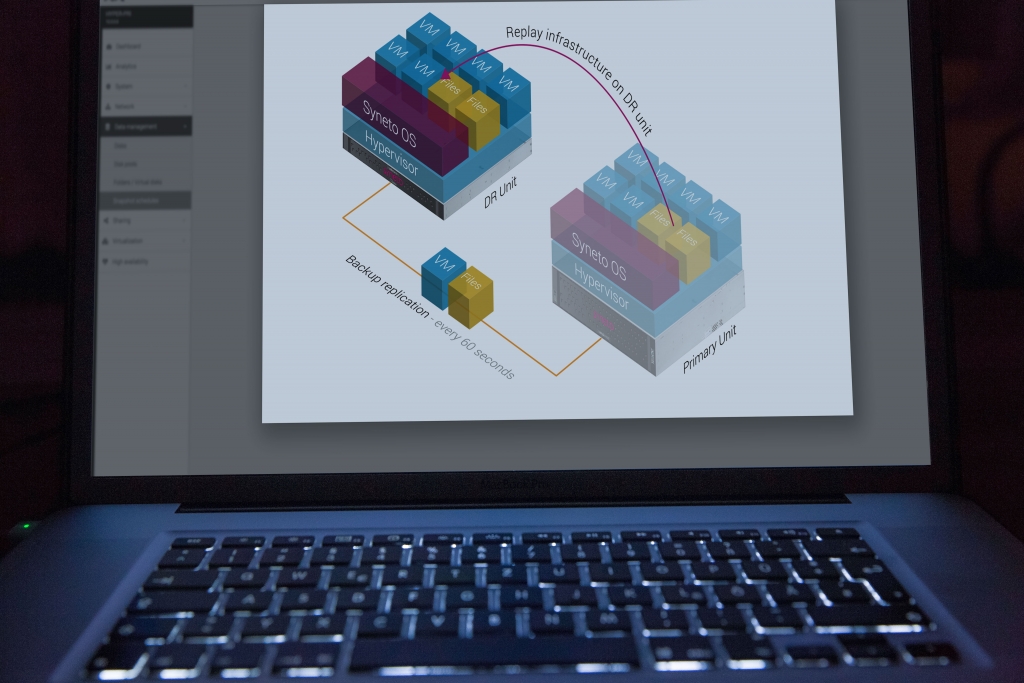 The amount of data that companies and organisations from all over the world manage regularly has been growing constantly in recent years. As most of this data is essential for the smooth running of a business, data protection should be a priority. But due to this large amount of data and the complexity that it involves, traditional backup mechanisms are slowly proving inefficient.

As traditional one-on-one backups are becoming obsolete, new solutions are arising. The Syneto solution lies in the HYPERSeries, a self-protecting hyperconverged infrastructure, designed to help you turn your backups into a business asset, rather than a mere insurance policy.

But first, let’s have a look at why you should consider going beyond traditional backups.

What is wrong with traditional backup solutions?


Traditionally, backing up your data involved creating a duplicate set of data that could be accessed should something happen to the main infrastructure of a business. As the amount of data generated and used by companies has been growing steadily and as the needs of businesses are becoming more complex, the traditional approach to backup no longer suffices.

The main problems companies that arise are:

Introducing the HYPERSeries: the first self-protecting IT infrastructure


According to Gartner, “By 2022, 20% of storage systems will be self-protecting, obviating the need for backup applications, up from less than 5% today.”

What this essentially means is that there has been a shift in the way companies do backup and this trend is on the rise. Because the businesses of today need to achieve a low RTO and RPO, they need an alternative to traditional backup solutions.

With the HYPERSeries, Syneto has unified Disaster Recovery with the rest of its IT infrastructure services. At the same time, costs and management complexity have been reduced, making this solution an efficient one for small/medium datacenters, SMBs and ROBOs.

Each HYPERSeries product comes with a built-in Disaster Recovery unit. We have converged the backup and DR infrastructure into a hyperconverged server which natively possesses the compute and storage power.

Data protection with the HYPERSeries


The built-in backup infrastructure on the HYPERSeries is capable of complete data protection, consistently and efficiently backing up your data without the mechanisms of “traditional” backups. The technology behind Syneto products allows the efficient backup of both files and applications in an efficient way with:

The technology behind the HYPERSeries involves snapshotting and replication, which means that your backups will become “invisible”. These backups can be scheduled to be done automatically every minute, hour, day or week and once you have your schedule in place you can simply forget about them. 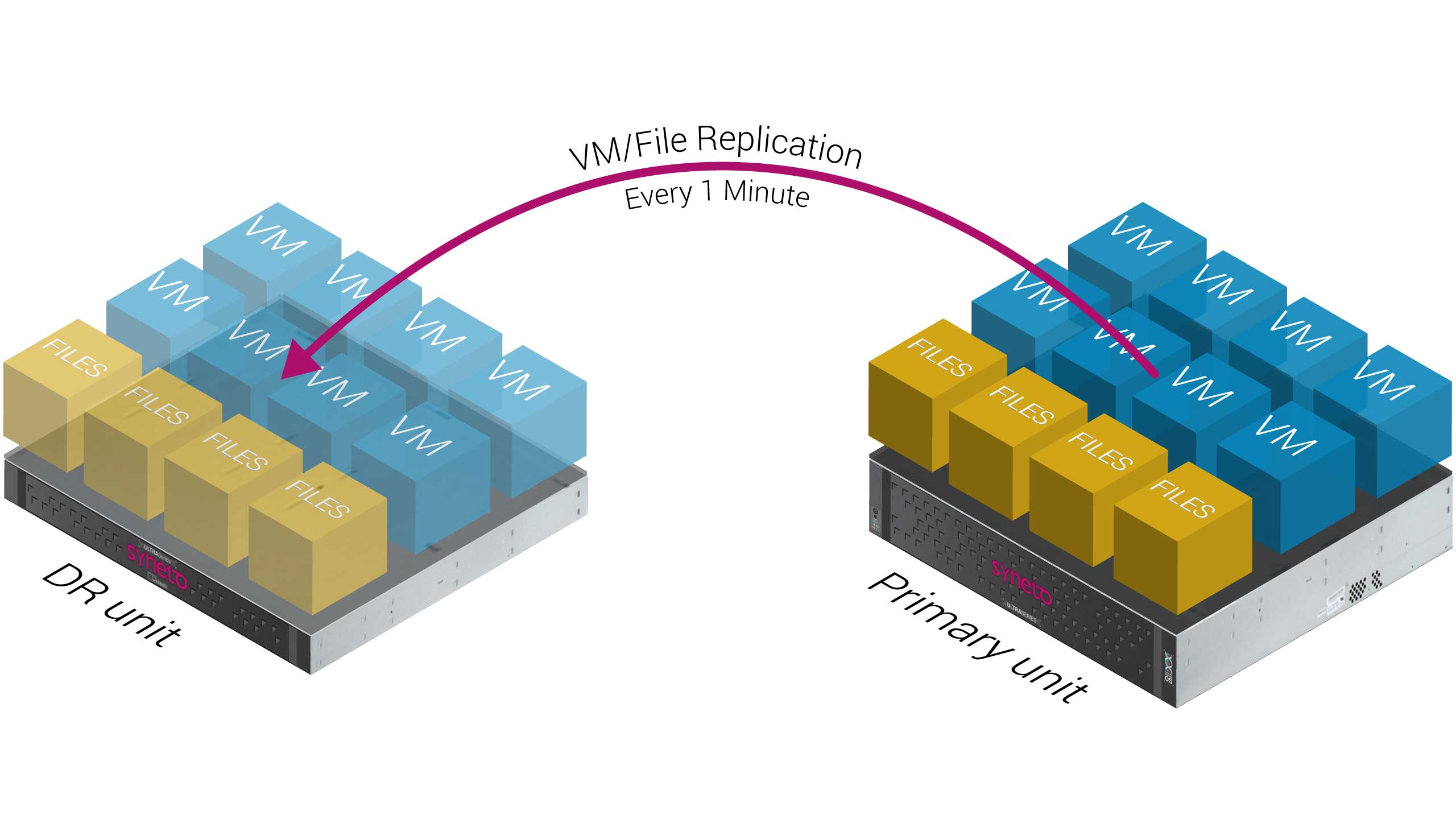 With the HYPERSeries, your backups will be kept “safe and sound” on the integrated Disaster Recovery unit. Should your infrastructure go down for some reason – be it due to a malfunction or a ransomware attack, you can simply restore all backups and applications from the DR unit in just 15 minutes.