Syneto Storage OS 2.14 is out. This release has been mainly focused on consolidating and improving existing features that make Syneto Storage OS so great, especially our converged storage solution for deploying and provisioning local virtual machines and virtual servers.

Syneto Storage OS 2.14 greatly improves the management of on-storage virtual machines by allowing multiple disk management for every VM. The management UI has been completely overhauled for easier and faster configuration.

A significant performance boost can be attained by using the new option for VIRTIO drivers both for disks and network cards. The redesigned Web UI enables users to better view, understand and manage the state of their virtual machines. Local virtual machines and virtual servers be powered off directly from the guest operating system. 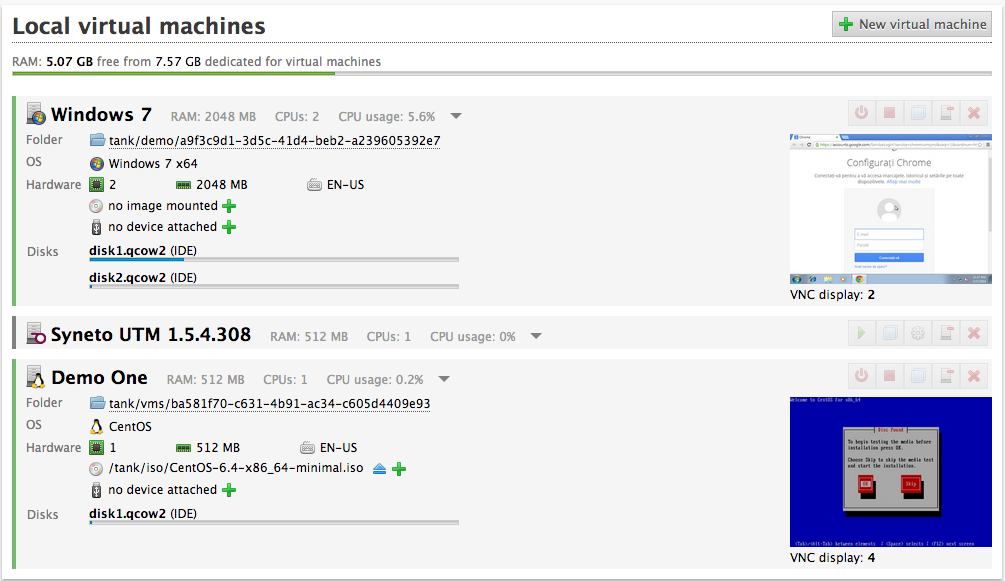 Windows infrastructures that use SMB/CIFS sharing can now benefit from a new feature: client connections that can be kept alive even though there is a long period of inactivity. In practice this will not force users to logout in order regain access to their shares.

Performance on working with folders and virtual disks has been improved. New folders are now created with atime off (last access time), since it is a property that is almost never needed. When sharing a virtual disk over iSCSI you can now enable or disable LUN (logical unit) caching to boost performance. This comes to a cost though, in case of power failures you might loose the last few unwritten SCSI transactions.